Big news of the day is the Lego Dimensions game. This is going to be similar to Skylanders and Disney Infinity games where you purchase a kit and the figs ‘come to life’ in the game. It’s a pretty savy marketing gimmick and this one is backed by several franchises under the ABS umbrella including: LOTR, Wizard of Oz, BTTF, DC Comics and possibly Ghostbusters & Simpsons as well, with the inevitable assumption there will be many more characters included. The game will be put out by Traveller’s Tales and on many platforms but not PC by the looks of it so far. 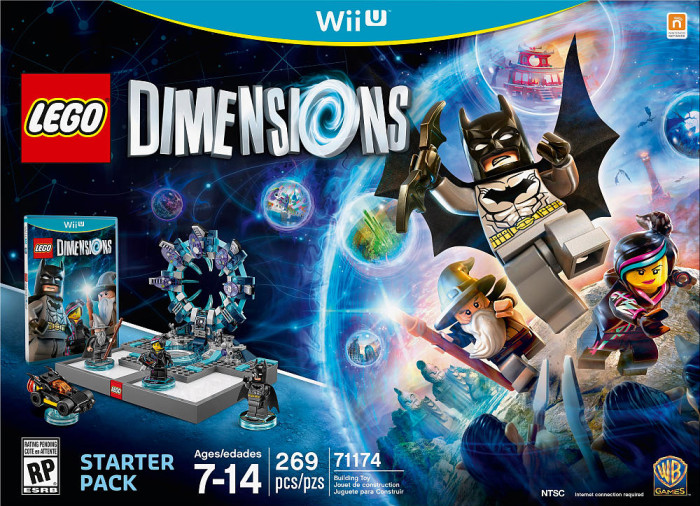 A couple of observations: animation style of this video is the more familiar flexible bodies as opposed to the Lego Movie’s stop animation. They are using the same voices for Wild Style ( Elizabeth Banks ) and Gandalf but I don’t think this is the TLM Batman, it seems more like the video game version. You can see the Ghostbuster’s PKE meter in Joel McHale’s hand which makes you wonder if there will be more one off sets in that line as well.

There’s a nice article over on polygon discussing the whole market of these types of games:

Lego did something interesting and released the first episode of their Elves cartoon on youtube.

It’s not… unbearable. The drawings are pretty good, the animation is quite halted and the story is somewhat formulaic but easy enough to follow. It’s sort of a cross between Mia and Me and The Last Airbender, which isn’t a bad thing.

Looking at the sets it was pretty apparent there was going to be some sort of story with the collectible keys, but it has a nice layer of depth with the elements. I’ve picked up a couple of the sets just for the parts, the show is not going to rope me in any further but I have a hunch my 4 yr old daughter is going to flip when I show this to her tonight.

I’ve been playing the Lego Minifigures game a bit and will do a more in depth review soon but it’s not horrible either. The social landing zone has a real Nimbus Plaza vibe and the game play is pretty satisfying. I found that the classes so far are kind of broken, I have no idea why you would want a primarily Defensive character or a Builder. I’m focusing on Strikers or Builders who have amazing attacks like Unicorn Girl. The cool down between special attacks, or the attack itself is a deciding factor in which character I’m running with as well.