Dr. Who, Lego Movie, and more!

The big news in the United Federation of Lego is the Dr. Who Ideas set that was just announced yesterday! This wasn’t exactly shocking as there were 2 up for review so you would hope that with that sort of momentum that one gets through. What’s with that though, the other campaign gets the shaft huh. They should each get some hype points because I bank that both of those had mutual voters. We all win because what a winning combo! This seems to keep happening where very similar ideas have to compete against each other, and if a couple make it to review then it really should be a new system.

Also is the Wall-E set by Angus MacLane who I had the pleasure to meet at a BrickCon in days yore. You might have seen his Cube Dudes around and here is his flickr: https://www.flickr.com/photos/27826007@N05/ filled with amazing builds.

If it wasn’t for those meddling Lego Idea sets then this would have been bigger news, a brilliant Honest Trailer for the Lego Movie:

The song parody is just brilliant and features those clowns from Epic Rap Battles of History, which I burnt through the whole thing in one morning awhile ago, they are so good ( very salty language though, here’s a Lego Zeus vs Thor! http://youtu.be/i_xFOmYxKYw )

I came across this very cool custom this morning which is fairly relevant for a Lego gaming blog such as this one. The dude wanted to make a custom Galactus after playing Lego Marvel and cooked up his own. The DIY photo gallery is stellar and includes steps to make your own if you are feeling bold.

My friend Mariann, also a former Lup!, over at Model Building Secrets found this lovely brick film that found that soft spot I keep for Mondrian. Very classy in it’s execution.

Check out some pics from the Nuremberg Toy Fair via thebrickblogger:

These are all non licensed lines but plenty of interesting 2015 stuff to check out! Glow in the dark Mixels… hrmmm…. I have a small jar of glow in the dark put aside for …. something?

and… here’s some random Lego pics I’ve come across recently. 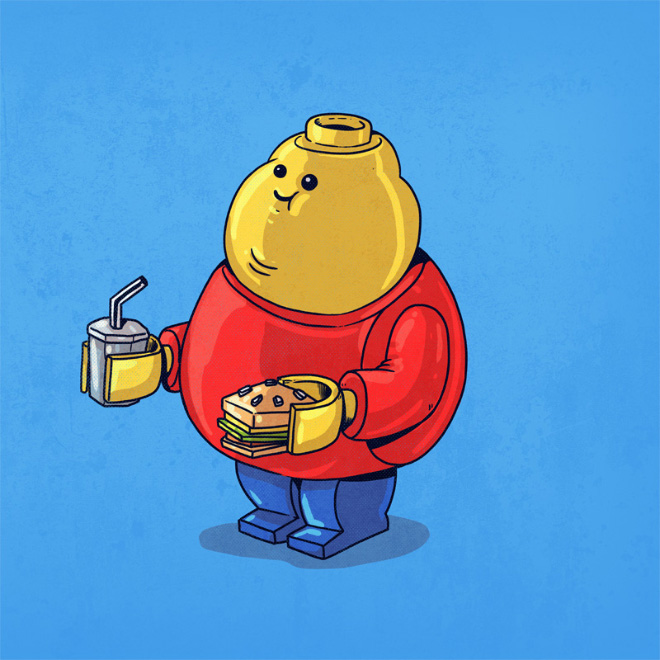